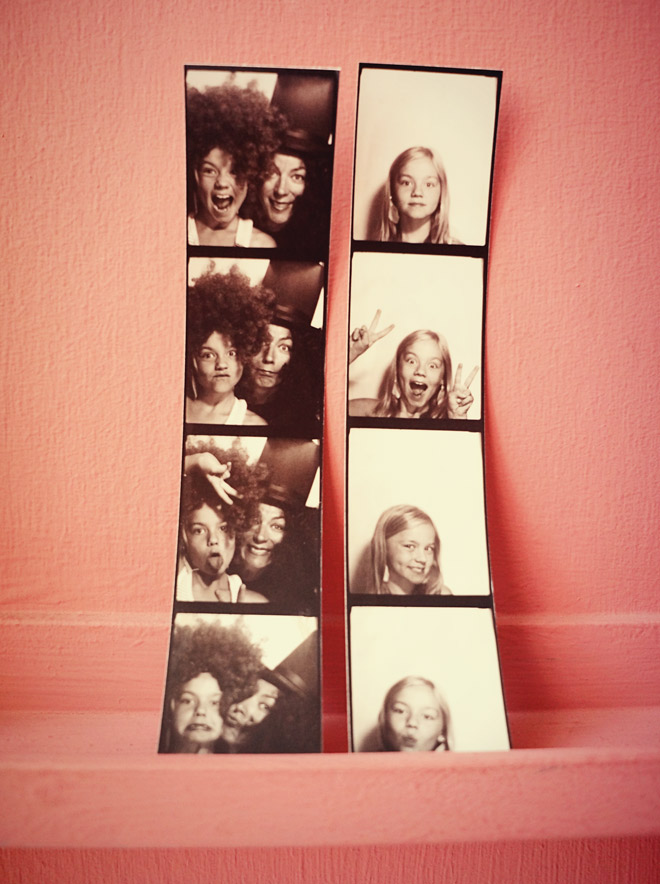 The saga continues! Such a great idea to take one kid to do a getaway! We’re having fun & we’re having time in a way we would never have at home. For me is also such a treat to watch her grow by the minute. The feeling of doing a big kids trip. And a mother & daughter trip in Paris is giving us loads of attention in stores & on the streets. Which we both love!

I think I have to redecorate the kids room again. Yeah I know – for like the 6th time (yeah for real). But let’s get all the stuff out of there and put up heavy big dark curtains and soooft sheets. Then this kid will sleep like baby. And the staff at this hotel called Jules & Jim is fantastico. Emric at the front desk even got out to buy Della a special gift since he heard she’s here for her bday. Now shes over the moon. Thank you!

The second day we went shopping. Our mostly checked out the shops. The timing with middle of August isn’t that great with a lot of shops and resto’s closed for holidays. But the café at Merci always seems to be open. Love the classical ‘lots of lamps around a pipe’ hanging from the ceiling.

We’re also making a point of eating as much chocolate as possible. Skipping all things healthy in favor of rich butter and home made Nutella.

Paris is somehow so beautifully green. It’s like flowers have to pop up in between all this stone and fundamental city structure that I must say Paris somehow is known for.

First stop the infamous Merci that has opened since last time I was here. It’s a great concept store and the styling around the store is amazing but I wasn’t that impressed with their things. I didn’t get that wanting to buy stuff felling as much as I thought? Maybe it’s been to much hype for me.

If going to Merci it’s a must to stop next doors at Bonton. There they also have that photo cabin. I always wanted to have one at home. Magic. Great styling, colors and choice of small stuff. But after growing up in Sweden I still have problems paying €50 for a kids T-shirt that they’ll grow out of in 15 minutes. But thats me.

I think the time has come to get a neon sign. A photo booth and a neon sign – suddenly I become Tom Hanks in Big when he get his own apartment. Old dreams die hard…

Bonjour madame! Feels weird being called madame. My mom is a madame and that old lady on the street is another madame- me I’m just me! Cause I’m not a mademoiselle anymore… Confusing.

Colors to die for and Le gros manuel – cool book for kids.

Paris to me is also all these fantastic windows. They are old but also huge. And mostly looking out on something with very much character!

Aesop body milk testing – so smart to put them on the  streets – outside the shop.  Lately I’ve become addicted to scented luxury soap. Always thought it was so stupid but now I’ve fallen for it as well. Guess you can call me madame after all.

Centre Pompidou is always present. Another cool thing with this town – that the landmarks keep showing up when you least expect it!

Before going here we watched Moulin Rouge (yeah hard to explain her occupation but great dancing) and Amelie From Montmartre (the kids thought she was very mean to the grocery store owner but the garden elf thing was great). At the end of the yesterday we went up the hill to Sacre Ceur and took all the history in. Love going down movie memory lane when traveling. Remember Jenny & Jens Tv tour in New York?

It’s also fun to watch all the tourist, pigeons and locals hanging out on the steps down from the basilique. I was hoping for this magic freestyle soccer player Iya Traore to be there for Della. And he didn’t let us down. Watch some clips from his site or even better go to sacre ceur and check him juggle the ball while climbing a lamppost and having the whole of Paris behind him.

Yes, yes I know you’re psyched to see more but we have to experience it first! Calmez – vous!

I’ll be back soon!

Come around the Canal Saint Martin. You’ll love it! Both of you, I promise.

Ah! Looks fun. Wandering around is the best way to see Paris. Love your black dress, where’s it from?