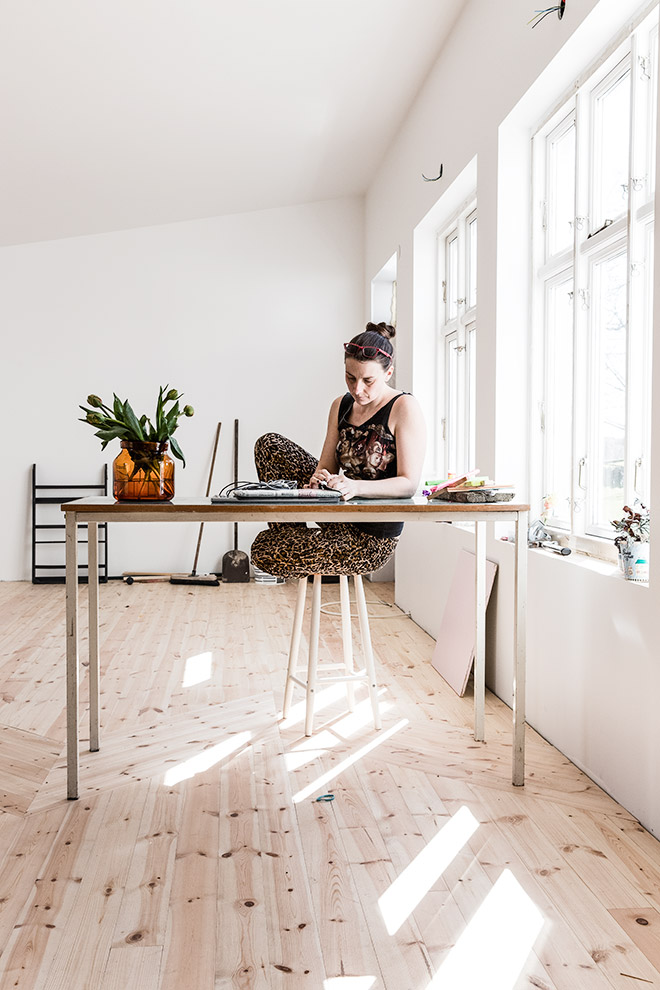 This weekend I´ve promised Frank to build him a Buzz Lightyear costume.
I´m also going to watch the last couple of episodes of Game of Thrones season 4 so I can start with the new season. I hate watching this show but I can´t stop. It turns me into an emotional wreck. All the people I love gets not only killed but brutally killed. and even though Jens does not care for the show I can´t stop talking about it with him. Jens does not watch anything where the actors need extravagant costumes, like Star Wars, Game of Thrones or any drama that takes place before the 1940´s. And absolutly no movies about kings, queens or battles. It makes him yawn just thinking about it. I try to convince him to watch Game of Thrones with me by telling him: “But Jens the are naked alot!” He does not care.

Anyway… I´m also going to wax the studio floor. I hope it will turn out nice and unsaturated.

That´s it.
Have a nice weekend.

Jenny Brandt
– In reply to: Cigi

Thanks Cigi! Im so sad over what happens in season 4. Episode 8. Sooo sad

Cigi
– In reply to: Jenny Brandt

I had already read the book, but YES, very shocking. It’s curious how we react to fiction events with tipycal grief phases as if they were real : denial, rage, I’ll never love any character again….:-)

Jenny Brandt
– In reply to: Cigi

Haha Those are the exact phases i go through. And also ” I’ll never watch this show again”

Jenny Brandt
– In reply to: AnnaA

Jenny Brandt
– In reply to: AnnaA

Jenny Brandt
– In reply to: Helena

haha :-D I agree with Jens, not a big fan of those royalty wars. I gave GOT a change for all the talk it got but when the wolfs where killed in, I think, the first episode of the first season I did not care for them and gave them up just like that. My hubby loves all this stuff and still watches them with passion…and he used the same line on me…”but there are Dragons and lots and Lots of naked people” but the wolfs destiny still bothers me!
The studio looks lovely, I love the windows and the light!!
Greetings from Iceland

p.s. I even worked on the set for the GOT show for the parts shot in Iceland, that was not to shabby ;-) but didn´t hook me though :-P