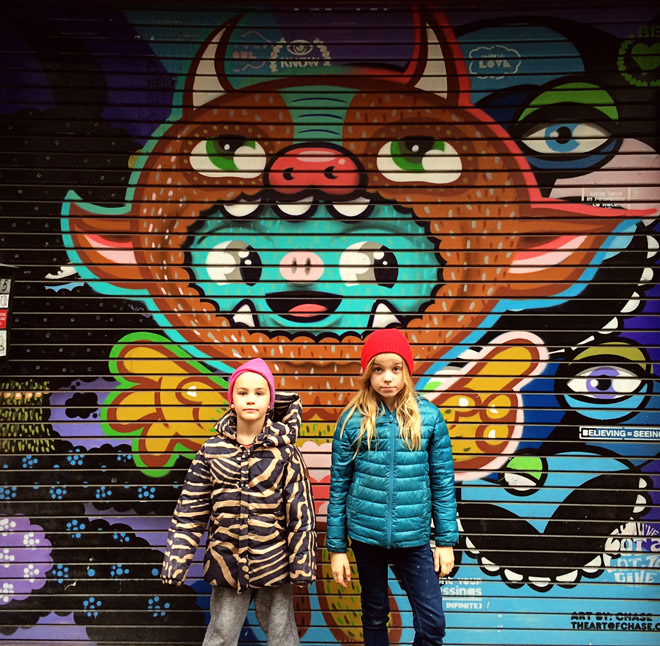 My mother is from Belgium. Last weekend me and the kids went to Gent- Belgium third largest city. I used to live there for almost 4 years when I was 20-24 years old.  I took some photos of great things around town but I’ll start with some photos from my phone. Above – we visited the Rubens exhibition at the Bozar – centre for fine arts in Brussels.

My kids in Gent. They grow so much when you travel together. They look like they’re leaving home soon <3

I used to live right by this square called Vrijdagsmart – Friday Market and yes indeed there are markets on Fridays here! But also the street lights used to be hooked to the maternal ward at the local hospital and every time a child was born the lights would flicker – It was part of a big art exhibition around town. Big Love to that idea! This fab house is from the union. Such a crazy architecture. And the little house is a Frite kot – you order French Fries with something small not the other way around. The fries are the main ingredient!

Had to go on some bargain hunt- here’s at a rather new funky place for vintage things called Depot -09. i bought a lamp – more about that laters.

This is the really old floor at Koen & Amelies place. I think one of the nicest tiling I’ve ever seen!

In the middle of Gent there is an old castle. Very majestic! Has a torture chamber and all. It’s called Gravensteen.

Since we ate so much and met up with so many friends and relatives  all the time I also had to get the kids to move in between. Here we are at Europe largest climbing center. I went up like 2 meters then got vertigo and had to go down… But I loved the ambiance – the tribe of climbers – cool.

My mom made a self portrait way back and it now hangs above the toilet at her place.

Tuesday we went in to Brussels before heading to the airport. Yes, another flea market. This time les Marolles. I do have to go back to Belgium with a big van! next time!

On the top of the Musical  Instrument museum there is a little café with a fantastic view!

I have a better idea!
You bring the van filled with stuff! ;-)

Isabelle McAllister
– In reply to: marie

Ok Marie! I bring a van and then take stuff back! Excellent! What would you like? I mean it- great idea!