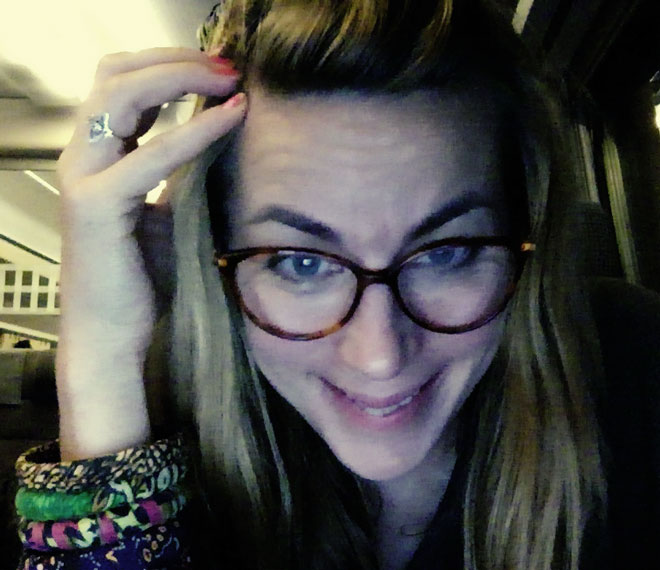 Due to some reasons yesterday night was terrible. Then I woke up way too early because two kids too many slept in our big bed. Apparently some train had derailed so my train was 2 hours late when I got to the train station. I was going south in Sweden to do some work. When I got out of the train, just as the doors where closing I realized I forgotten a bag on the hat rack on the now leaving train. Damn. In the bag was a collection of things I’ve been collecting for another project I’m doing and it was all very dear to me but weird stuff, plastic cowboys, a hand sewn pillow, some necklaces collected during years and Jennys golden robots.

Late that evening I filled a missing bag form, prayed to the luggage Gods that the bag would end up in Stockholm again just before realizing I forgot my toothbrush at home. Yay!

Then this morning I got a call. It was a dad at school. He sat almost next to me on the train yesterday and had noticed that I forgot my bag. So he had brought it to school with him! Olle such a hero! Thank you!
And about  minute after he called I got a mail from a total stranger who sat across the aisle from me on the train. Explaining that she had seen the bag and that the dad from school was bringing it back to me! The same lady had also guarded my stuff while I went buying some chocolate on the train. She had just looked me up on the net to help out!

Why didn’t I call the dad from school directly? Well you know there are more than 140 parents to the first graders and it’s like my head has got rid of all face recognition during these past months. Even people I worked with I don’t recognize. I said hello to the dad on the train but I thought I met him in a complete different environment than school. I tried to locate him in my memory but all my attempts failed.

So why the long story?

1. Thank you all strangers who has been so very kind to me. Stina and Sanna at Espresso house at Göteborgs Centralstation who ran to the train and had a look, the travel agent, Olle the school dad and the mail lady all working to get me my bag back!
My faith in humans and kindness is going through the roof!

2. I need to learn to ask people who they are even thou it is shameful not recognizing you/them on the street anymore. The school dad, I should just have asked him how we knew each other. How stupid of me.

3. Look around. Not only at the most obvious things in front of me. Apparently some things can be going on behind me, under me or even on a hat rack.

lots of kisses to the world today

So glad the stuff is back where it belongs!!!

Thanks for sharing, such a great story! I actually got a bit choked up thinking about the kindness of strangers. :)

ha ha! isn’t it groovy when the world surprises you like that??

this is wonderful. love this story!!!

Great story!!! I believe in kindness but often i doubt about it and then… a great story… have a beautiful week!!!!