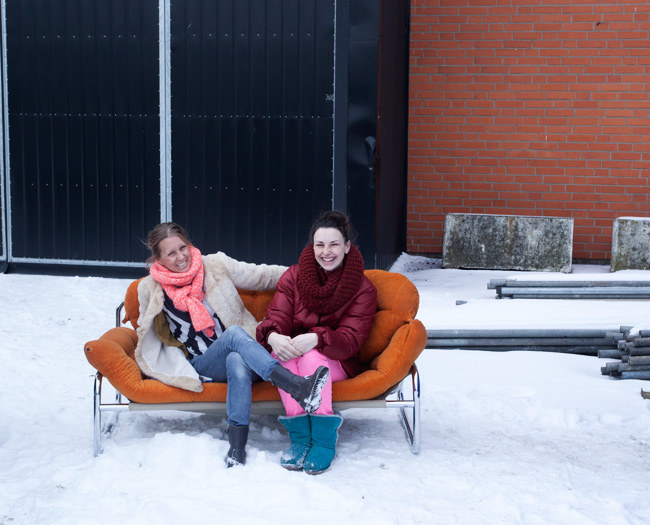 Today I am going to take you with me on a thrifting adventure.

But before we start I want to give you a little background info on the fictional crime of this area and the hype around it.

I live just outside Ystad, way down south in Sweden. Ystad is a very pretty medieval town with a populations of 30 000. But according to author Henning Mankell´s books there should only be about 400 people left.

In his books about crime-fighter Kurt Wallander people get slayed left and right here. Lunatic priest, killer terrorist and random crazy people roam the medieval streets looking for new victims and plotting to take over the world. Many of the books (all?) have been turned in to movies and they are all recorded here in this area and on the set of Ystad Studios. Filmed in both Swedish and British versions. Maybe you´ve seen them?

Even though the films are about crime I think people who watch them think that Ystad (Or Skåne) does look pretty. Cause it really is and the movies show that off frequently. People in general here are really happy and proud of the films. Being an extra on set is something many Ystad-people can say they have been. Above is the British version of the hero Kurt Wallander , Kenneth Branagh (Press photo)

And this is the Swedish version of Wallander by Krister Henriksson and Linda Wallander played by Johanna Sällström. (Press photo)

The film crew have just finished  filming for the season and last Saturday there was a big ad in the papers announcing the sale of all the props used in the films. I went there with my friend Kicki.

They sold everything that you can imagine. Furniture. Plants. Clothes. Party-decor. Toys and even fire wood and shampoo. Things used to create the right set for the characters. What a fascinating and fun job it must be preparing sets.

Kicki found some curtains and asked about them while paying (above) the crew member said that they had hung at some dodgy character living in a trailer by the sea.
We were thrilled.

The prices were reasonable and it was not too crowded. In other words: Perfect! This couch was probably the most pricey item there. Just like the sign says it was Wallanders own. And speaking of couches….

Listen to this: As you know I am a couch-addict. Last summer I saw an ad at Blocket.se for a 70´s couch in orange corduroy. I let out a small scream and threw myself on the phone. The seller answered that the couch had already been sold to the Wallander-film studio. I said “oh” and broke open a box of Oreo cookies in despair.

and guess what? First thing I see walking in the studio for the sale: is the orange couch. Again I let out a small scream and threw myself on it. It was finally mine. My precious.
Can you believe it? Well Jens could not believe how we could fit one more couch.

The local newspaper was there covering the event. They interviewed people (click link to see the video of me in action) about their finds and my couch made the cover.  And the next day a girl tells me on Instagram that she just heard about my find on the Tv show “Nyhetsmorgon”.

At the bottom of the screen it says “This mornings most important local news” This is hilarious.

Q: Do you know what Wallander film the couch will be in?
A: No they couldn’t say. Or wouldn’t? Maybe something really nasty has taken place in it. I will have to wait and see.

PS: I had so many alternative titles for this post
“How Jenny got her sofa and her groove back” or
“Murder on the sofa” or
“Wallander and Jenny has the same taste in sofas” or
“Jenny´s addiction made the news”

Jenny Brandt
– In reply to: http://cirkusiskogen.blogspot.se/

Jenny Brandt
– In reply to: Jenny/Jema

Jenny Brandt
– In reply to: petronella

I LOVE that orange sofa too! And we super-love watching Wallander, with Kenneth Branagh. What a great sale!

Jenny Brandt
– In reply to: Katie

Katie!
How fun! So glad I have a reader who knows the movies. Thnak you for telling me.

Keep a look out for the couch!

Congratulations lucky girl! What a good bargain! I hope you will find easily a place for it!
I’m a Wallander’s fan too

Jenny Brandt
– In reply to: Julie

Thanks!
Right now it is not looking its best. Stuck between a kitchen table and a bookcase. But i’m not worried.

Loved this story. LOL (and I don’t even understand Swedish)!
Can’t wait to see what will become of the newsbreaking orange couch with the mysterious past…

Jenny Brandt
– In reply to: tania

Tania!
Thanks!
Time will tell…

Hahaha, love this post! Congrats Jenny on getting your couch back. I don’t know the movies (maybe they don’t come out in Holland) but I totally understand your addiction :D
Maybe build an extra house just for couches? ;)

Believe me Anne! The idea has crossed my mind many times!

Jenny Brandt
– In reply to: Kicki

I love your story, it’s so funny:D Amazing how the couch was waiting for you:) Congratulations!!!

Jenny Brandt
– In reply to: Lubitella

Jenny Brandt
– In reply to: DoreDoris

Jenny Brandt
– In reply to: Heléne

this is the kind of story that makes my day. i do love the first photo of you…your eyes are dancing the orange sofa happy dance.

Jenny Brandt
– In reply to: sweetlikealolly

Haha!
The alternatives are endless!!

I LOVE this story. Dreams do come trough! so happy for ya!

That’s incredible! I’m crazy about Wallander (hem, is that correct in english…?), your story is just amazing! Have to see the movie, the swedish one, didn’t know that it exists.

Jenny Brandt
– In reply to: enannanhelena

What a fantastic story! I laughed out loud a couple of times. You deserved that couch so much!!

I LOVE this post! It’s fate, the sofa found you. It knew where it was destined to be! :)

OMG! I am soo jealous! I think that sale might have been my only chance to obtain one of those “Wallander paintings” sigh… I have been searching online for the past hour without even finding an image of one, and came across your blog! My boyfriend and I are moving into our first place and we LOVEloveLOVE Wallander! We have even read all the books! It would be awesome to get our hands on one (with or without the grouse!) to display in our livingroom. I can’t even imagine how it would be to sit on a couch from the series!!

Hello would you mund sharing which blog platform you’re working with?

I’m looking to start my own blog in the near future but I’m having a hard
time selecting between BlogEngine/Wordpress/B2evolution and Drupal.
The reason I ask is because your desiogn seems different then
most blogs and I’m looking foor something completely unique.
P.S Apologies for bing off-topic but I had to ask!