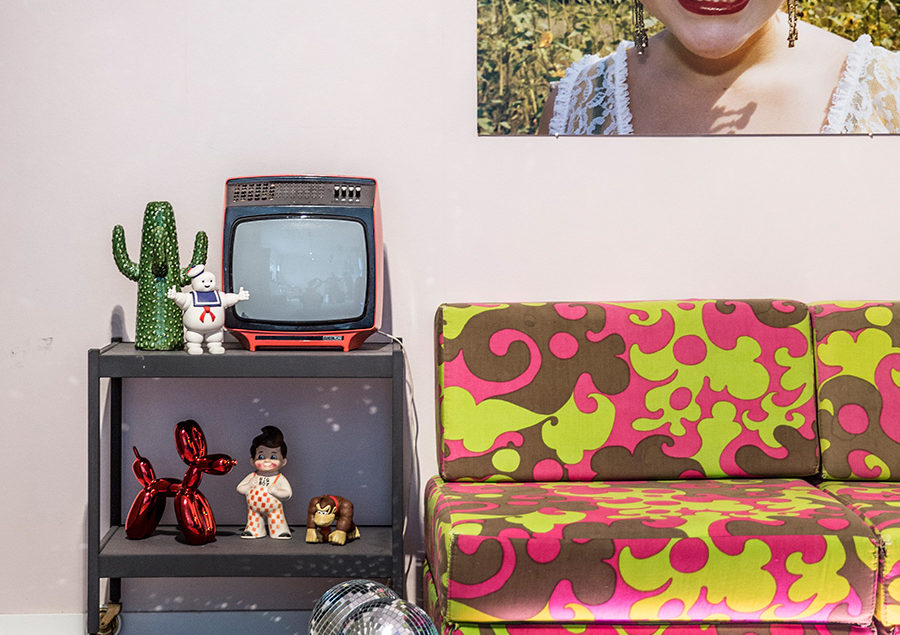 Today you will find me on this sofa. Reading the book “It”.

Stephen King is how I started reading. I was not the “Anne of Green Gables”- kind of reader, who borrowed a stack of books from the library and came back one week later for another stack. It took me forever to get trough one single book, and I read only cause school made me. I did however like storytelling: stories told through my televison set was my kind of story. I devoured movies and shows. Old and new, good and bad. I was really good at keeping track of all the relations and behaviour of the characters of dramas like “Falcon Crest” or “The Thorn Birds”. I instantly noticed “clues” added to move the story forward:“Aha!” I would say to the screen pointing my finger:

‘”Jessica would never say anything like that, I bet she’s hiding something. Perhaps she’s pregnant“. But I got very upset when a character stepped too far from her natural instincts, as if a new writer had come on board the team messing with the script:

“No way” I would mutter. “Jessica would never murder anyone using poison. She would use a gun or a knife”

And sure enough, as I scanned the closing credits I’d find some name of a guest writer f*ing up the story line. Damn it.

My TV- distorted brain enjoyed the atmosphear of King’s books. Reading him was like watching TV. I understood the storytelling. It was like an exciting mix of” the Twilight zone” and “the Wonder years”.

That’s how I started enjoying books. Today,  30 years later I’m back to reading Stephen King, revisiting the book “It” before I watch the remake, that looks really scary by the way. Staring Swedish actor Bill Skarsgård as The dancing clown Pennywise.

PS: “Pet sematary” below was one of the first I read, along with “Firestarter” and “Carrie”