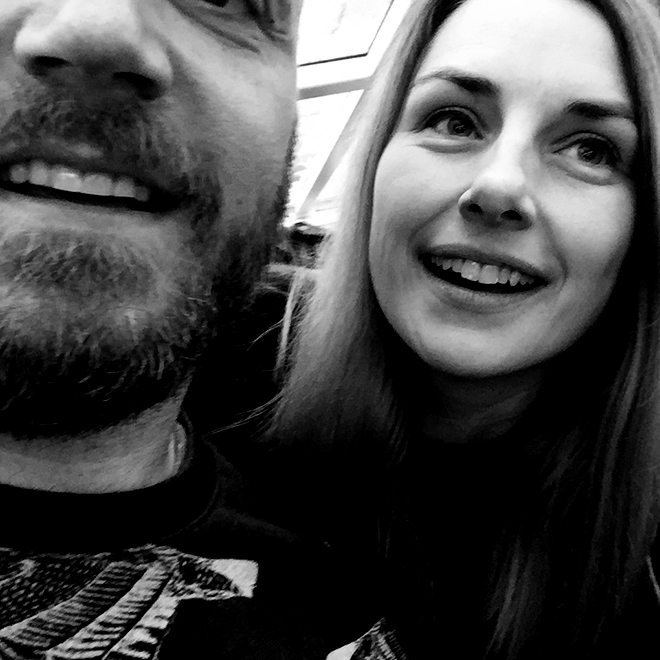 We went to the Amsterdam Dance Event, ADE
Jens works with the house music label Axtone and they are always attending fun events all over the place. Since Jens and I really like being at home we usually don´t go, but this time I had my heart set on dancing. And I´m pretty hard to say no to, so we went.

Every year Amsterdam hosts a big dance music event, called ADE. And superstar DJs play there. We wanted to see Axwell and Ingrosso´s set and while in town we got to meet up with some of our clients and of course the Axtone team, but more about that in another post.

Before I met Jens I knew nothing about house music, but now when I´ve been to some dance events I love it.

When I had only heard the music on the stereo at home I really didn´t get it, but now after a few shows I really do get it! The music sounds amazing like that- so loud, so ruthless, attacking like a mad dog.
Bark. Bark. Bark. Bark.

The crowd is dancing and jumping as if it was one person. There´re soooo many people. The DJ will controll the crowd with the music, building it up and slowing it down. Wonderful. When we saw Swedish House Mafia in Madison Square Garden the whole crowd sat down on the floor and then jumped up to their instructions. It was pretty bad ass. I was sold.

Anyway… We went to Axwell and Ingrosso´s show at Heineken hall. And this is what it was like.

Even though Jens never wants to go in the first place, he always enjoys himself. He is really proud and happy for his high school friend Axel (Axwell, to the right) who´s made it big (huge) on the house scene. Here Jens, Sebastian Ingrosso and Axwell are in the elevator headed up to the stage.

Axwell and Ingrosso started their set at 2 o´clock. WHAT!? Who makes these plans?! We should all be in bed by then.

We had these sweet backstage passes that let us go anywhere. I felt so cool, and I shoved it in the face of every guard (-looking person) I could find.
NOTE: Isabelle! thank you for convincing me to buy this frock. It´s the best thing in my wardrobe.

Here I am still superexcited, 3 hours before it even starts.

Jens telling a story to Dj Shapov. I LOVE him, and want to adopt him. He´s like a Duracell rabbit on stage. A tiny, Russian Duracell rabbit from the town Smolensk, Russia.
Back stage, before the show, is pretty mello and nice. There´s a bunch of snacks and drinks. The Djs give some interviews. Do some meet and greet with fans who´ve won some radio competition or likewise. Just like all the interior events I´ve been to- everyone is wearing black, but they don´t look as stiff here, they look happier, excited, ready to dance.
UPDATE: Not all people look stiff at interior events of course, but the atmosphere can be pretty stiff.

We watch the show from a little balcony with our own bar. We´ve been given a pouch of drink tokens, but we end up giving them to the “meet and greet fans”. I hope they were old enough to drink.

It was such a fun night and all the dancing and sweating made me happy but exhausted.

Took a nap behind the DJs. Click her for a video of what it looked like on the other side of the hall.
NOTE: earplugs are a must have for this stunt.

The barking continued in my chest like a bruise all the way back to the hotel. Not like a bruise… more like that mark you get above your ankle from wearing too tight socks for a whole day.

“Jens, I can´t belive we´re up this late, I have to take a picture so I can prove it to the kids”.

Looks like a lot of fun!
And yes, you look great in that dress!
The picture of you taking a nap on the stairs is beautiful!

Jenny Brandt
– In reply to: marie

Marie!
Thank you so much.
The dress is a great buy!

Jenny Brandt
– In reply to: Isabelle