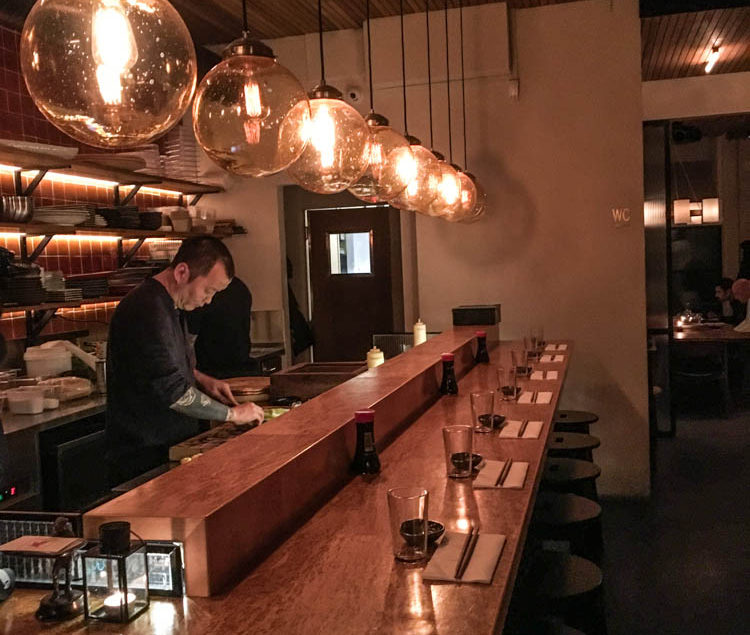 A block from my home is Kocksgatan. A Small street that somehow has been going under the hipster radar for a few years but is now coming to life. I just like the vibe of this street. On Kocksgatan 52 there is a rather new place called Indio Kitchen. They serve Japanese/Peruvian Food  And this is what they tell about this kind of food:

“A large numbers of Japanese people immigrated to Peru as agricultural labor in the late 1800s, they began to cook Peruvian ingredients according to Japanese recipes and traditions from which Nikkei Kitchen arose. Today La Cocina Nikkei plays a major part in the Peruvian cuisine and many world-renowned Nikkei restaurants have opened around the world, in New York as well as London and Barcelona; Indio Kitchen is Sweden’s first.”

The food is great, the staff as well and I just love the place! But yesterday when we had dinner – there was a couple totally making out non stop for oven an hour. They where about 40 years old and the women even unbuttoned his shirt and caressed him. We wanted to yell ” get a room” so much hahah. Well I’m glad they had fun.

Kocksgatan during daytime. Next to Eski Kilim carpet store

Yeah I know – this is on the next street – Östgötagatan. But still rather close. A crazy cat in a door frame.

There is a new Chocolate shop just on hte other side from this. But I ate candy and took shot of the mess instead of the Choco place – but trust me – it’s a good place! Choklad Kompaniet