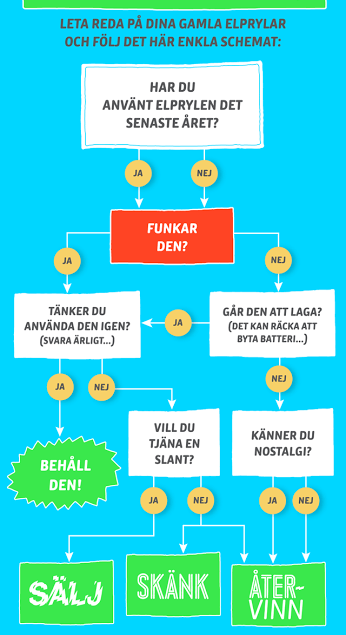 I’ve had the honor to work with Batteriåtervinningen for a couple of projects now. They give information about how to recycle electrical stuff as old mobiles, computers, batteries etc.

Just before x-mas we shot a couple of films at my home. In Sweden is now possible to recycle your stuff in every store that sells electrical things! Great!

And also in Stockholm – Söder on January 23d – next weekend there is a Electrical Flea Market! Last year there were over 10 000 people attending.