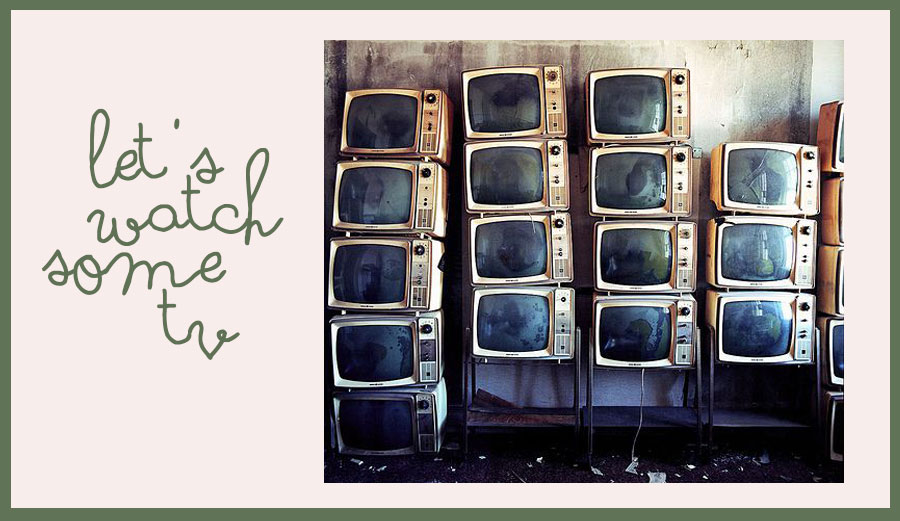 The perk of being home ill so much this fall is that suddenly I’ve had time watching loads of TV again. These are some of my favorites lately.

Masters of None
Aziz Ansaris new comedy series on Netflix. The first two eps is kind of slow and not that funny but then something happens and it’s actually a great serie! Fun and a new take on loads of topics. Like dating, having immigrant parents, being type casted, and one fantastic ep on feminism. Yes, you should watch this one!

The Grinder
Rob Lowe (yeah still a hunk) but older plays an actor that became really succesful playing a lawyer on tv. But when he stops with the show he’s kind of still “the Grinder” as his on screen character was called, in real life. Something he and his family is trying to cope with when he moves back to a small town living with his brother and real life lawyer (played by Fred Savage you know from the Wonder years). It’s funny and easy to watch and Rob Lowe is doing a great job you totally believe that he is the role he’s playing.

Unge Lovende
This is a Norwegian comedy series. I’m really bad at understanding both Norwegian and Danish that is supposed to be easy for Swedish people but I both laughed and cried to this one. So this series must be excellent!  Three 25 year old girls in Oslo trying to get life going. One as a stand up comedian, one writer and one actress and add some love and normal life drama and it all becomes great TV. The series is created by Siri Seljeseth who also plays the lead part (watch her standup from La here.) And the thing is that this is really a pearl of a show. Beautifully shot, the women are as women are because the series are written by women. And the men are nice & sweet but not ball-less. I feel hope for the future watching this! Apparently it’s been a great success in Norway. I hope all other countries will show it soon as well.