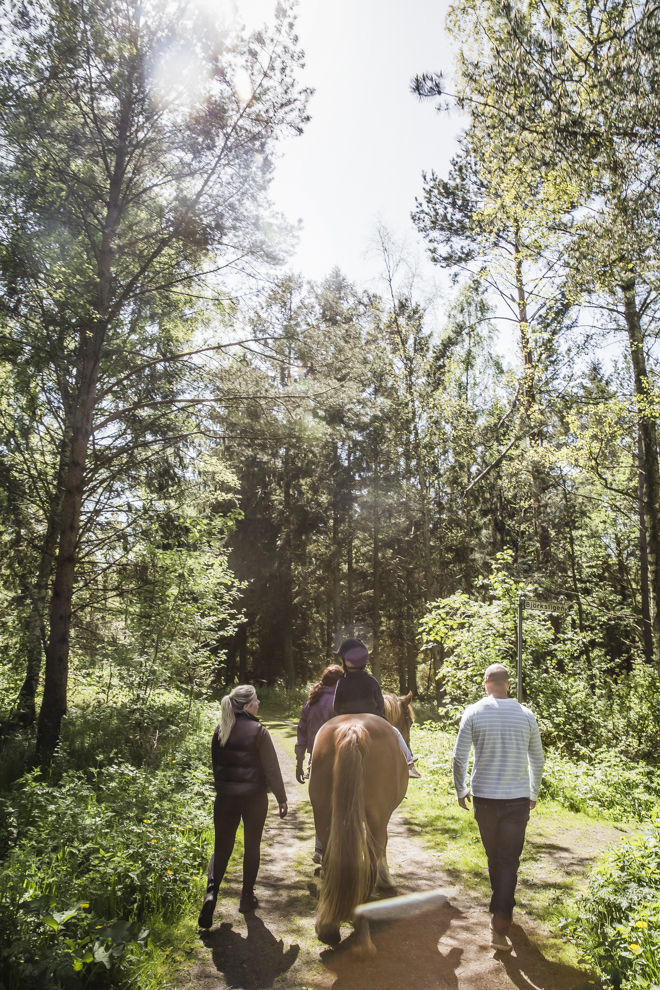 This week the whole family went with Frank to his riding lesson. We took a 20 minut walk in the forrest with Frank´s favourite horse “Cobby”. Frank talked non stop. He asked the girls if it´s possible to ride a dinosaur. He asked them if they know who Optimus Prime is, and then he told them about Optimus Prime.  He continued to chatt about how his thoughts during the day becoms a soup in his brain that his dreams are made of. He also talked about death, and wondered if birds bury their bird friends when they die. And then about Pippi and all the crazy stuff she has done.

Frank has been riding for a while now. It´s offered to us by the habilitation services in our town. The riding is a great addition to Franks physical therapy and does wonders for his balance. For those of you who don´t know our son Frank suffered an aneurysm when he was in my belly. This has left him with limited use over his limbs on the right side of his body. Every week he takes swimming and riding lessons and he loves it. You can read more about it here

Do you see that little ring between Frank´s hands? That ring is usually turned the other way, but as soon as Frank get´s up on Cobby´s back, Frank flips that ring and makes a litte clicking sound as if it´s the enging starting.

On our way to the car we were caught in this window.

Wonderful pictures! He seems so at ease!
My daughter also has her right side affected by cp and gets the same horseback riding therapy from when she was six. She is eleven years old now, and both her bodybalance and condition are actually quite good. I thing the weekly riding sessions have a lot to do with that. So, as long as he’s happy up there, keep it up! :)

Jenny Brandt
– In reply to: Herma

Thank you for sharing.
I have so many questions for you. how does she like school? Do you get a lot of help at school where you live?
Frank is working on dressing him self now, that is a tricky part. So hard to do with just one hand.

Again thanks for sharing.

Go Frank Go!!! To the infinity and beyond!!!! Lovely photos.. as always))) have a beautiful week-end!

Jenny Brandt
– In reply to: Clara B

Thank you Clara B!

Have a good day
/Jenny B