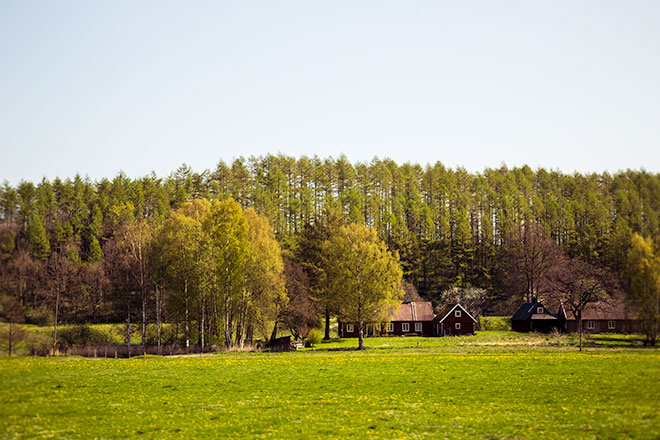 Sunday was a good day. The weather was sensational and some friends of ours asked if we wanted to go on a picnic. They knew we were a bit sick but still took the risk of contamination. Bless their hearts. We went to Fyledalen a place that looks like it´s right out of a Astrid Lingren saga.

We had coffee and cake. Worried over tick bites, spilled stuff on our blankets, took our kids peeing in the wild and had an overall sweet time.
Viola and her friends Bruno and Malte even made a movie. They did the writing-acting and filming. They did not want me to show it to you but let me tease you with these photos.

I think Viola was the writer/director/producer cause I heard her shout out directions to the actors: “Then you say –My own brother betraying me like this, I can´t belive it! and later on she said  “….and then you chop his head of, and it all goes black. I´ll see if my dad can fix that for us on the computer later”

There was an epic battle.

Malte told us to make a note to Viola´s dad about adding some lights and sounds effects in the computer later.

The ending was heart breaking.

Very pleased with the result. They all agreed that “Next time we go out in the wild like this we should bring a big screen of some sort so we can see what we are filming better. And a tent, the sun makes it almost impossible to see anything on the screen”

Can’t wait for the movie to find it’s way to a cinema near me! :)