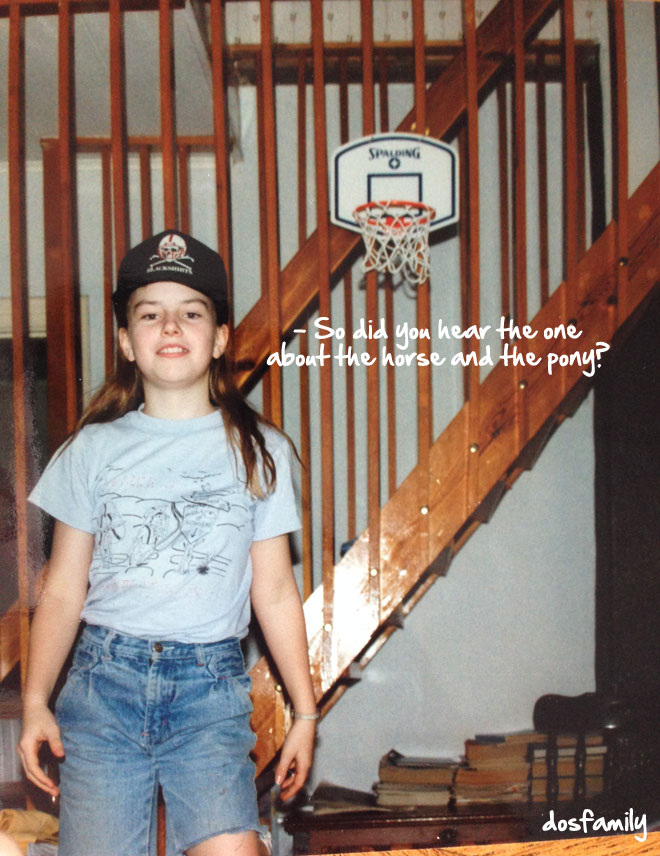 Yes that´s me.
Wayne Campbell was my style inspiration. I never missed an episode of “Saved By The Bell” and I was a joke machine.

Today I´m in my 30´s and I kind off grew out of it.
My daughter Viola is 8. Her style inspiration is Kurt Cobain. She never misses an episode of  “A Dog With A Blog” and she is obsessed with telling us about funny cat-videos.

All of a sudden I hear myself say:
“Why don´t you go outside and see if there is any mail in the mailbox” And I swear to God I sound just like my mother!

Jenny Brandt
– In reply to: Alexandra

…. about kurt cobain. Yesterday we went to buy milk. Jens and I pointed out to viola that her style of clothes was very “grunge” she said:
“What is that?”

“You know that guy Kurt Cobain and that band you asked about the other day….”

“Oh really ,so you´re saying I look like I´m about to shoot myself in a green house, nice”

Oh, I LOVE THIS! And, that’s totally the only way to go forward through the day with our two oldest, right now, too! 11 and 12. … I’m not sure it if’s good or bad that I don’t have a copy of the photo from the Christmas I got the best presents ever: Fonzi socks and cowboy boots which I liked to wear barelegged! … I know can see that it just must be sign of creativity! Happy Weekend!

Jenny Brandt
– In reply to: gina

I will tell her. Mjauuuu