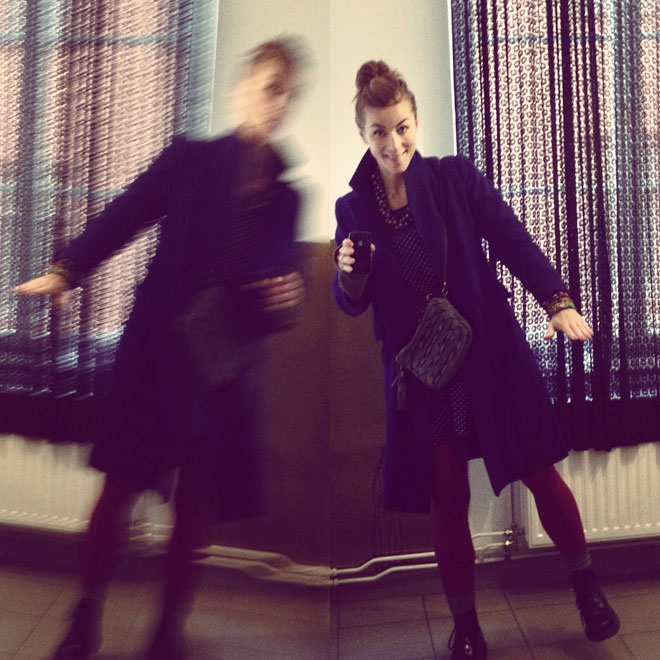 When someone is making a comment, giving critique or just says something that get to you it’s so bloody easy to just run with the other persons idea. But is this really a good way of doing stuff? For example I find myself in many situation daily when I hear stuff and just make it a truth. Some things doesn’t really make any difference. I mean if my daughter tells me a hummingbird can do 1000 wing flaps per second and it’s only 100 it’s still amazing it doesn’t really affect my life in a bigger way. But a lot of other facts are.

First of all we can talk about a general skepticism about things you read and hear which is good to just have in the back of your head.  I don’t mean not to believe in people but just to kind of aware that everyone has their kind of truth.

I am a very believing person on the verge of naive sometimes. My world is filled with unicorns, cool people, some less cool and then real villains that make war and such. Pretty black and white instead of 50 shades of pink… I think I have had trouble in the past seeing that we all, including myself have our own agendas somehow.
But on a larger scale I also see how the word is spinning so fast our own truths kind of get pretty messed up.

I know I have been forced to to things differently on TV show I was in because we got one, I mean ONE phone call complaining about some things we where doing. That the other over 1,1 million viewers didn’t say anything didn’t really matter. There was just only this – We have got complaint – now we need to change. Another thing I was working on a month ago we had a comment about that the image felt hard. So we worked our ass off making it softer. But who was this person saying it needed to be softer? Was it God? The boss? Was it a whole group or just one of many who had been asked – What do you feel about this image? No one knew but we all worked after this one comment.

Sometimes we are put in a group with a meaning of – now we need to express what we think about this issue. Mostly we just pour our harts out. Yes it’s an environment to do it. But it can be just a thought someone had, not really a really thought trough idea – and then does this thought need to be right?

I’m just saying give some stuff some more perspective before just running away with a bad comment or something that get you a bit off balance… Since we all lead such hectic lives – this time for thought seldom appear but how we need them more than ever!

This is a great app for giving you these extra minutes freedom of thoughts in you head. At least for me.

Life lesson by Rebecka– like a boss as always. In Swedish but easy to google translate.

Ps, was it really a hummingbird my daughter was talking about or maybe a dragonfly?

Someone once said: It takes 30 sec to get an optimist down.
Keep doing what you do, because I think everything you do is so pure and you….
This blog gives me a smile on my face everytime…
And as me and my husband always tell our children: Funky as you wanna be!!
Or as Bob Marley sang: “Don’t care what the world says….”

Isabelle McAllister
– In reply to: marie

Well it’s not only myself I’m concerned about. More maybe society in general. But I love your input!

marie
– In reply to: Isabelle McAllister

We absolutly need to change our way of thinking!
We need more people like “dosfamily’ who are living live with passion…
I wish you a very nice weekend!

Keep yours unicorns, you and your work are great!!

Isabelle McAllister
– In reply to: Rozenn

I really like and enjoy this kind of posts, they make me think.

Isabelle McAllister
– In reply to: Carmen

thanks carmen – I appriciate you saying it!

Ella
– In reply to: Isabelle McAllister

and even if you knew the opinion of the 1.1 million viewers how would you change? by the majority of views? thanks for helping me ask the question which are anyway for me to answer. this is something I’ve been thinking a lot lately.

Isabelle McAllister
– In reply to: hugoandmathilda

Well I guess that is the question mathilda(?) In that case it wasn’t my decision to change it came from above, bosses at the network. I just think the deal is to take time and simply raise the question. What are they saying? Is this one person right or the other 1,1 million right? And why is that so. I mean in one way changing for one person is also beautiful but you have to know why you do it and be sure. Not be driven by fear. Fear of being wrong or driven by a sort of nervousness. In Swedish we have some saying – landa i frågan – translated it’s like take time to understand the question. I think thats the point. To hear, feel get some input. Then take the time, do the research and make your own opinion at the end – then react.
Nowadays there is more of oh everyone says so – it must be like it.
or what do you think?

So wonderfully wonderfully true, Isabelle ! Thanks for just putting so many little things – and big things, into perspective for me. In the future, and especially in moments of doubt I will remember your post and take a moment to think of what really matters. I love your’s and Jennys blog, its so free and colourful and wonderful, and full of everything the world should be, thanks ! Robyn

Isabelle McAllister
– In reply to: Robyn