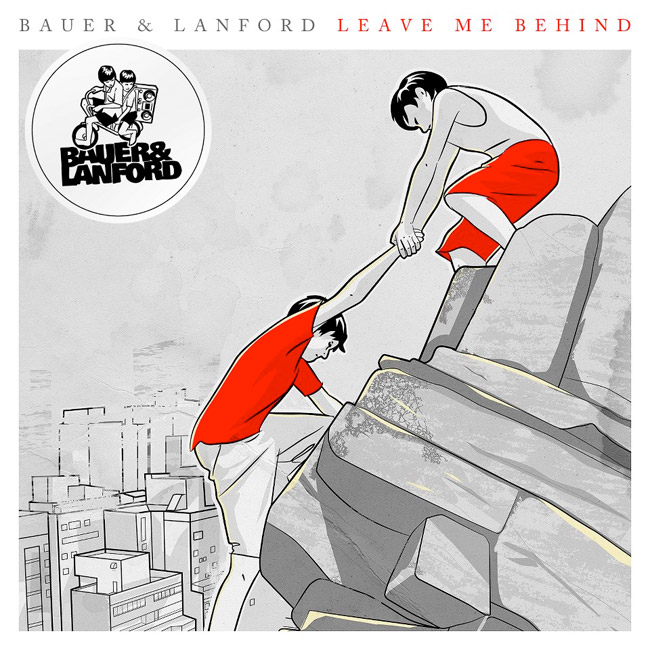 People often ask us if Jens uses photos when he is illustrating things. The answer is yes! Most of his work is based on pictures (usually of me). Going through my archives I realize how much we actually do pose for things in this family. I´ve played the part of witches, young boys, surfer dudes, corps and cops.

The cover above is for Bauer & Landford´s new track. Jens has made the artwork and also their cute logo. (Based on photos we can´t seem to find.)

However here are some poses that has taken place in our house.

Above you see me as a dead Julia , it´s hard to get into character while getting your nose pinched and getting a phone shoved in your ear. Jens later made illustrations of this for a paper.

I´ve portrayed many dead women over the years.

This women is beyond dead. A ghost holding a sign.

In this story a baby is very ill. I´m handling it very unprofessionally as you can see…

Viola steps in to show me how it´s done.

Sometimes the requests are very specific, like here:  Jens as a teenager, jamming on a guitar while wearing rain boots.

Pouring coffee?
No sweat!  I´m a pro at this.

Here I´m a struggling Viking mother, worrying over my Viking husband who is out tormenting the world in war, while my youngest apparently only wants to watch TV.

Here I am channeling my inner Meryl Streep. Crying “No don´t take my baby”. Sophie´s choice-style.

But then moments later realizing I´m more a Jerry Sindfeld-type of actor who can´t keep from laughing at her own jokes.

Jens waking up to a new wonderful day just like a male version of Snow white. Imagine birds sitting on his shoulders singing.

Acting like a mad women. I do this role quite well. Viola is like: “Common lets go watch Scooby Doo already!”

Ok let me tell you: Going over these images I had trouble finding pictures of Jens wearing clothes.  I decided this one made the cut though, somewhat decent. Here he is some sort of “funny man” infected by the plague.

This is another album cover Jens made from us posing. The TRON inspired “I found You” cover.

I will not show you the photos of Jens and I in this pose. No! I certainly will not!!

But let me tickle your imagination by telling you what we wore for it: Nothing but our underwear and bicycle helmets.  We accessorized the Tron-look with cardboard pads on our shoulders thighs and knees attached with masking tape.

LOOOVE this so much! but want to see the illustrations too!

I wish I could show you Isabelle. But it is not possible.

I want to see how the illustrations turned out!

My husband and I also work as illustrators and this is common practice in our house too. It made me giggle. I also wish we could see the illustrations. Too bad :(

Haha these are so funny! Your whole family is great actors :)

hahaa i LOVE behind the scenes stuff! And look at Viola – so little!

Underbart innehåll och underbara bilder i det här inlägget! Made me smile the whole way through!